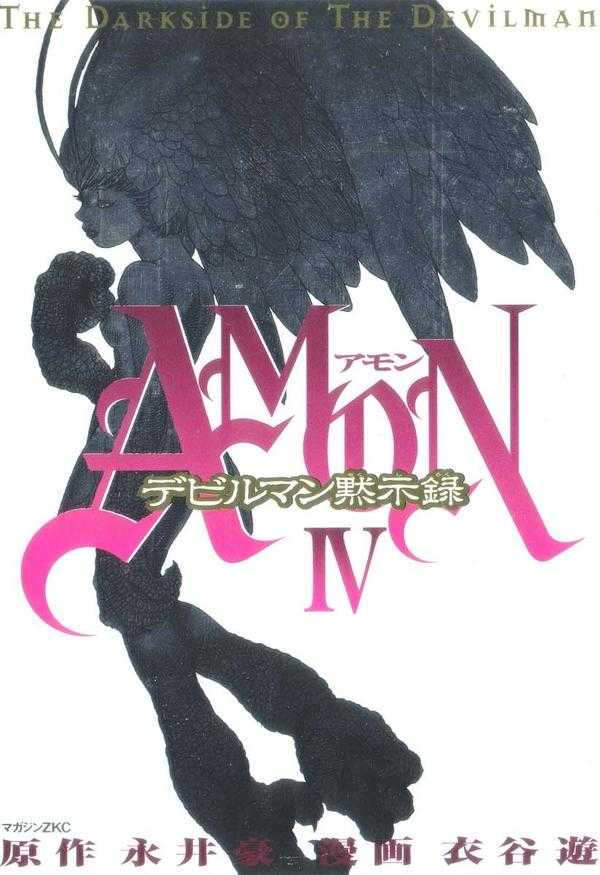 Plot: Satan has gone missing, and while Amon has saved many of the demons, he’s also not making himself known. A new greatly powerful demon named Asura arrives and offers the demons a chance to become as powerful as Amon. All they have to do is merge together over and over. Most of the demons are more than willing to go through with her plan and see her as leader, especially the demon who wishes for nothing more than be beautiful. However, Silene’s not giving into her claims. Asura has more going on behind the scenes than just a lush future filled with demon gods.

This whole volume was just very uninteresting. It focuses mostly on Silene, Demiko (still given no name) and a new enemy named Asura, who seems like a half-human, half-demon crazy person who is trying to take over as leader of the demons since Satan mysteriously disappeared. She’s trying to convince all of the demons that they can be like Amon if they agree to merge together over and over. However, her true intentions are to use the demons in their merged state to find Satan and kill him for revenge on how her body looks and acts.

Asura is two beings, Earth and Terra, merged into one. She used to be angel-like with beautiful white wings, but when Satan fucked up in the last volume, the two were merged into one crazy being with two personalities, a weird body and small black wings that couldn’t handle flight.

In the end, Demiko gets killed by Kaim who kills her after she tries to steal Silene’s wings for Asura, under a semi-brainwashed delusion that she could be made beautiful if she helped Asura.

Silene’s part is almost entirely stagnant through this whole volume. She meanders and mopes, longing for her precious Satan to return. She’s not buying into Asura’s lies, especially in her statement that they can surpass Satan, but she mostly whines and mopes and cries out for Satan.

The very last chapter is where the only thing of interest happens, though it’s a bit confusing. We find out why there seem to be contradictions between Devilman and Amon. The events of Devilman did happen, but they’re also in the future. God, as punishment for the events of Devilman, apparently put Satan in a time loop so he’ll constantly be tormented by losing his love (Amon, or moreso Devilman, though I thought Akira was a bigger part of that) He’s destined for the events long passed, and he’s damned to start all over again when it’s over with no memory of what happened.

It’s still not entirely clear in some respects, but it’s an explanation at least.

Amon’s role is mostly just to escort Silene to Satan as Asura goes to him with her new pile of merged demon goo to take him on, but she’s ironically defeated by the demons she gathered, granted powers or abilities by the sleeping Satan, who all turn into little Saiyaman angel things that range in size from a few inches to a few stories tall. The little ones stab her over and over with a bunch of tiny needles and they mutate her into some glob. She tries to assimilate with Silene, but gets stopped by Amon who’s again mostly just annoyed by everything around him. He rips off Silene’s wing as it’s trying to be merged with Asura and kills her.

Then the weirdest part of the volume…No….weirdest part of the manga happens. A gravely wounded Silene rides on Kaim back to their nest and quickly becomes pregnant. She reveals that silene continue to grow larger and larger in preparation for childbirth. However, if a silene’s life is put in mortal danger before then, they can basically force asexual pregnancy and give birth to one child very quickly before they die. She does indeed give birth to a young child (not a baby) that Kaim names Silene and starts to raise.

So….does that mean the Silene/Silen we see in Devilman is actually this Silene?

The very end has some nice action, answers some questions and ends….interestingly, but it didn’t hold my attention very well through the read. It was either boring or confusing. I don’t know what the next volume holds, but hopefully it will at least make more sense and be more interesting.

Oh and fewer butt shots, yeah that would be nice. Seriously, what is with all of the lone panels with pure butt shots? What is the point, Mr. Nagai?