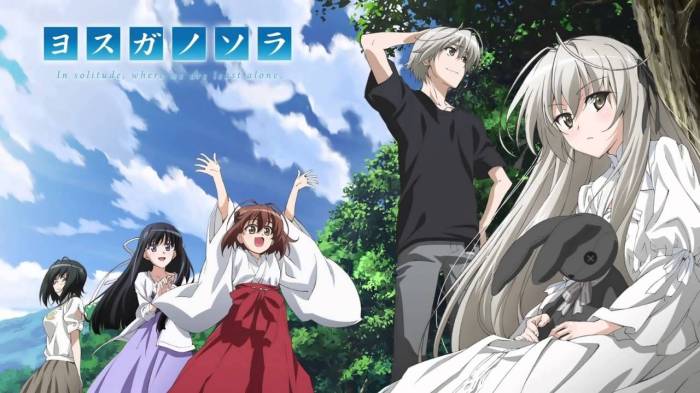 Plot: Sora and Haru are twins whose parents just recently passed away. They decide to sell their apartment and go back to their old house in a very small town in the country. Every female, including his sister, wants to ride Haru’s meat wagon, and that’s pretty much all you need to know.

“But FiddleTwix, you said you hate harems and actively try to avoid them!” you yell through your computer screen.

Oh yes, yes I do. But I also have a problem with reading terrible reviews on anime. On one hand, I give some of these shows a shot just to see if they have earned some form of redemption in my eyes. On the other hand, boy is it fun to watch terrible anime and then tear it a new one.

So I got around to watching the first episode and just from this episode alone I can see all sorts of problems.

First of all, there’s no story so far. Yup. One whole episode and no story outside of the plot synopsis I just gave you, and that information is only given to us in the middle of the episode. Narrative story flow? What’s that?

Want me to give you a full synopsis of the entire episode?

Sora and Haru arrive in the town, grocery shop, greet the neighbors, Haru goes to school (Sora can’t because she suffers from ‘wtfistheresomethinginthewaterinJapanincrediblyweakyetgivennodiagnosis-itis’ and believe it or not, Haru actually describes her problem as ‘She’s weak and whatnot.’ Thanks, Doctor.), we find out that Haru and Sora kissed when they were like ten (And I mean, legit kissed, not a little peck), Sora gets mad that he was late coming home, everyone with a vagina pervs on Haru and we end the episode with Sora imagining Haru about to French her as an apology for forgetting his phone at home with the episode-ending ‘cliffhanger’ being a horny Sora taking off her clothes at Haru’s bed propositioning him for sex.

Second, the other characters. There are several other characters introduced here, all of which being girls because duh. I can at least give most other harems some slack for usually taking time with the interactions with the main male lead and not flying head first into ‘Every girl needs to change her panties at the sight of him’ stuff. This show, oh god, no. Every girl, and I mean every single one, coming to a grand total of six, so far, is lusting after Haru like this is an all-girl’s school built on an aphrodisiac factory immediately after catching sight of him.

Okay, not all of them are really lusting after him at this point, but most of them are, and the ones who haven’t gotten to the point of causing moisture damage to their desk chairs whenever his name is brought up very clearly have a gigantic crush on him just by glancing at his perfect face.

While we do get little tidbits into the personalities of each girl, I honestly couldn’t keep up enough to even get their names partway memorized. It takes some kind of talent to make the audience have difficulty keeping up with a show that has absolutely no story so far.

The only two you really need to worry about at this point are Sora and Haru. How do they fare as characters?

Haru’s fine. He’s….perfect. He’s kind, smart, caring, very responsible, sociable, hard working, overall very happy, a teenage Adonis with the light and breezes of heaven following him around in case a girl gawks at him—he’s a Gary Stu. There ya go. If there’s one negative character trait that I’ve been able to squeeze out of him so far is a very common one of Gary Stus….he’s a doormat. Otherwise known as the ‘my only flaw is that I’m too nice’ flaw.

Sora, on the other hand, is a completely unlikable little twat. It seems like they’re trying for the tsundere trope with her, but she is just a complete little grumpy bitch. Yeah, I understand that their parents died…some time ago, but she never seems to think about them nor bring them up – all of her thoughts are wet dreams about Haru.

The only way they seem to be gunning for even remotely tsundere-like qualities in regards to the other half of the equation is that when Sora is done being a bitch, she grabs onto Haru’s shirt with a few fingers. This in combination with her clinging to her stuffed rabbit and the fact that her alternate hairstyle is pigtails pretty much establish her as a loli trope above all else. Did I mention she’s 16?

That ending scene I mentioned? She’s not even sweetly or shyly asking Haru to ‘make love’ to her or anything. She is repeatedly asking him in a creepy voice to make her orgasm while she strips.

And let me make it clear that while the target of her affections being her brother does make the situation squickier, the way she acts would be creepy with anyone.

You like Haru because the show kinda forces you to, especially giving him the bonus sympathy angle of being an orphan, but the only other really prominent main character is so hate-worthy that you can’t stand watching any scene with her. The other girls are annoying in their own rights, mostly with their crushes on Haru, but their scenes with him are way more tolerable than any scene with her.

The art, animation and music are really the only saving graces so far, and even that’s not fantastic. Some of the design choices are questionable, such as making some of the characters look too thin and sometimes having odd faces, but it’s overall pretty decent. The backgrounds are really well detailed and the environments, while not being particularly memorable, are well designed. 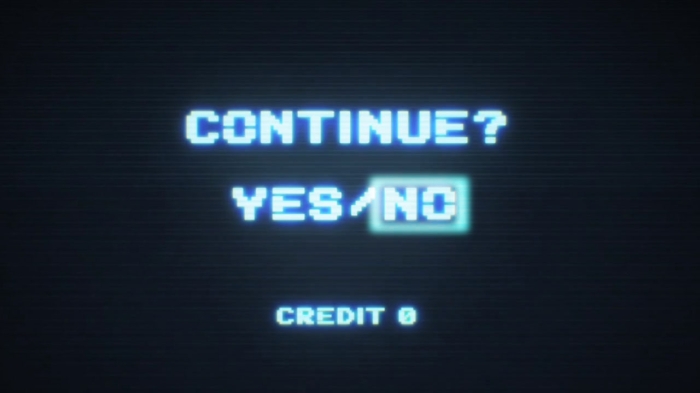 Okay, I’m cheating. This decision is really for your own sake. I’ll be continuing it just to see how far the rabbit hole really goes…..I’m regretting that choice of words immediately. But yeah, it’s really not worth a look at all unless you have a thing for incest or smacking around bad anime.

Edit: You can find my review of episode two here to start on a journey of absolute pain with me.

You can find the full review of this dumpster fire here.