Plot: A continuation of ghost and demon stories presented in kamishibai format.

Breakdown: Since I don’t have as much to talk about with Yami Shibai 2 as I did with the first season in regards to background, I will quickly run through my final thoughts on each episode, give it a numbered rating, and finalize the entire season with an averaged rating.

Episode 1 – Taro-Chan: 8/10 If I take these episodes as not being entirely horror related, I would say this episode is actually pretty good and memorable. It’s very sad to imagine what Taro-chan had to go through and, ultimately, what he still seems to be going through. It was a nice twist on the ‘possessed ventriloquist dummy’ story.

Episode 2 – Kitchen: 4/10 On further consideration, this episode was lazier and less interesting than I gave it credit for. The creature looks a little creepy, but it’s predictable, and the absolute ending is just kinda dumb.

Episode 3 – Inside: 5/10 This one is also just kinda meh. It doesn’t go nearly far enough to generate any sort of reaction, and the doll itself just isn’t that creepy.

Episode 4 – The Wall Woman: 6/10 Another one that is just alright, this one has a decently designed creature, some suspense, but ultimately blows it by practically beating us in the face with warnings of a final jump scare.

Episode 5 – Locker: 7/10 Doing better here with a relatable character, an actual urban legend-esque setting (urban legend within an urban legend?) a creepy doll and a sad ending. However, I really must emphasize how poorly this whole locker thing is set up. It’s just borderline ridiculous.

Episode 6 – Nao-Chan: 7/10 Not scary, though probably not meant to be, this one is an interesting story with a slightly creepy visual and a confusing ending. Might’ve been more impacting with a longer story, perhaps allowing us to meet Nao-chan originally.

Episode 7 – Capsule Toy Machine: 8/10 How creepy or scary this episode is really fluctuates on how much nostalgia means to you, I think. Though there’s a difference between getting excited over toys or games that you used to love as a child and certain people and events that happened to you when you were younger. This episode includes both in a fairly clever way. I believe this one might connect with a wider audience than I would’ve first noted, so I bumped up the rating a bit. No monsters or ghosts here, but it’s still a frightening concept.

Episode 8 – Farewell Confessional: 6/10 An interesting idea, but the execution is a bit lacking. Like I mentioned in the review, there’s just something a bit silly about the secret that becomes the tipping point for the big scare at the end in comparison to one we hear earlier. Plus, you can see the jump scare coming from a mile away.

Episode 9 – Ominie-san: 2/10 I still can’t figure out what the hell was supposed to be so freaky, creepy or weird about this episode. People like a weird food, a new person in town doesn’t want to eat it because it’s weird, and then she’s forced to eat it and gets a bit hooked on it. Outside of the meat looking weird and the people having terrible table manners, this one is the weakest episode of the lot.

Episode 10 – Bugged: 7/10 I really, really, really don’t like bugs, and I liked the progression in the main character from being a grumpy ass of a person to being out of his mind. I figured that, in the end, he started out as a grumpy jackass and probably got worse on his own as time went on, but the bugs influenced him to get increasingly worse until he was no longer in control of himself. I almost feel like him angrily trying to kill the bugs was a subconscious way of trying to make himself better. It’s not a great episode, but it’s alright.

Episode 11 – Picking Up: 4/10 Another bit of laziness. A cautionary tale against plagiarism/art theft, but the visuals are lame and this is really only slightly frightening for people who have committed/thought about committing this act.

Episode 12 – Netsuke: 8/10 Great on the visuals, scares and atmosphere, a little light on the story for my tastes.

Episode 13 – Bringer Drums: 7/10 Suspenseful enough, jump scare got me, but the story still fails to make any sense to me in the end.

As you can see, this season definitely suffered from a lot of ‘meh’. Plenty of good ideas just met with equal amounts of wasted opportunities and poor executions. I think this season shows how badly the four and a half minute run time really affects these shorts. With just a few more minutes and more details to the stories, they could be much stronger.

Additional Information and Notes: Yami Shibai 2 was directed by Noboro Iguchi and Takashi Shimizu, and was written by Shoichiro Masumoto. It was produced by ILCA, and is currently licensed in the US by Sentai Filmworks.

Recommended Audience: There is some gross imagery in Bugged, but nothing that bad. Other than that….really nothing. Scary situations and whatnot, but still no gore, sex, swearing or anything. 10+ 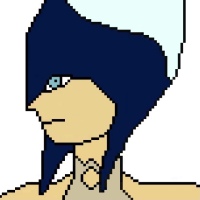