Plot: Milo and Kida are reunited with their old friends and are given the mission to solve strange, possibly Atlantis-related incidents in the surface world.

Breakdown: Atlantis: Milo’s Return is the sequel of the iff-ishly received Atlantis: The Lost Empire. Now, I personally really liked the first movie. Is it fantastic? Mmm, not really. But I really enjoyed it. Plus, it had voice acting from Michael J. Fox, and that’s always awesome.

Let me give you some background on the original movie before we go on. Milo is a linguist, historian and cartographer who has been fascinated by the lost city of Atlantis for his entire life. After a map of the lost city surfaces, Milo and a team of explorers and scientists go searching for the lost city.

Eventually, they find it and meet Princess Kida and her father, the king of Atlantis. 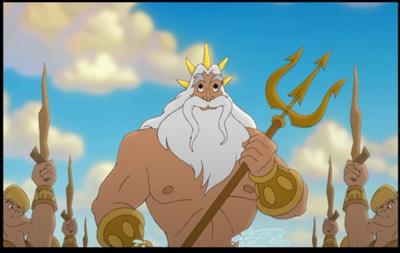 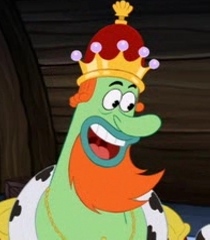 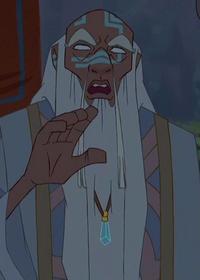 Milo is enthralled to explore the city with Kida, but is troubled when she tells him that their society is actually dying. The crystals that give them their power of immortality and tons of other stuff are losing their glow so she wants him to help her discover what is basically the core crystal and revive it to help restore her city and her people.

Once they discover information about the crystal, Kida and Milo are kidnapped by the two characters in the group who were obviously bad guys from the very beginning. Following the completed map that Kida and Milo found, they discover the main core crystal, to which Kida instantly fuses with due to her Atlantean nature.

The bad guys team up with the rest of the crew who obviously are going to side with Milo again, and they act like all they want is the money and go with the bad guys until they go back to Milo when the bad guy beats him up.

After the bad guys leave with Kida and the crystal, the people of the city lose their crystal power and the king, being incredibly old and sickly without it, dies after giving Milo his crystal and telling him to save Kida.

Milo uses ancient vehicles that were found in Atlantis to track down the bad guys and they have a huge fight that results in one of the most brutal Disney villain deaths ever.

After retrieving Kida from the crystal’s power and saving Atlantis, Milo decides to stay behind with Kida in Atlantis while the others return home and swim in the riches that they gained from gifts given by the Atlanteans.

In this movie, Milo’s friends return to Atlantis to tell him about sightings of a local sea monster called the Kraken, and before I go any further, can I get opinions on this? In the movie, everyone calls the monster the Kraken (Kray-ken) but I’m 99% sure it’s supposed to be Kraken (Crack-en). Milo and Kida, in the midst of rebuilding Atlantis, decide to go to the surface world with the others to check it out. After they solve that mystery, they discover that even more weird things are going on in the world above that seem Atlantean related.

So, yeah, you can see how they made this into a series pilot. The movie itself is set up like episodes melded together into a movie. Not as bad as Cinderella 2, but still.

The first third of the movie is about the Kraken and a village that is supposedly under the control of the Kraken. The second is about a pack of sand coyotes who apparently are trying to protect ancient artifacts. And the final one is about some crazy guy who steals an Atlantean spear and thinks he’s Odin and wants to bring about Ragnarok.

I can also see why they didn’t pick it up. It’s no different than any other Disney movie inspired TV series like Aladdin the TV series or The Little Mermaid the TV series. Every episode there’s a big baddie, the heroes solve the problem – the end. I mean, Aladdin was probably the best TV series made from a Disney movie, and even that followed this procedure.

Atlantis, in my opinion, also doesn’t have a strong enough cast to carry an actual TV show. Don’t get me wrong, I like the characters, but none of them really shine enough to carry a TV series. Also, Kida seems to be annoying in this movie. She was endearing with her lack of knowledge of the world above in the first movie, but here, since she is surrounded by land-based stuff, she gets confused on everything and the joke of her not knowing seems to be a running gag. And gag you will do since I practically strained by eyes from rolling them whenever they brought it up.

Something else that’s weird; one of the group always seems to go missing during these ‘episodes’. In the first, Dr. Sweets went to Atlantis to get Kida and Milo, but he wasn’t in the battle against the Kraken. In the next episode Dr. Sweets has returned to the group but Vinnie’s gone. In the third episode, Vinnie’s back but Sweets is gone. Is there a limit on how many characters they can have per segment?

We also have an animal sidekick now. A somewhat interesting one; a lava dog thing that eats anything, especially rocks, and loves playing in lava and fire.

Also, I’m really surprised at this, but this movie has several villain deaths whereas I’ve been hardpressed to find one in any of the Disquels I’ve reviewed. The old man who was supposedly controlling the Kraken from the first segment, but was really just an instrument for the Kraken, ends up turning to dust. The greedy shop owner who steals a pot from one of the characters is killed by a bunch of sand coyotes (wow, pretty harsh punishment for thievery) And though it’s not a death, the lava dog bites a real dog on the leg WHILE COVERED IN LAVA, and we never see that poor dog again.

I find it odd that the one villain who doesn’t die is the one that wanted to bring about Armageddon. Exploiting a village; death. Stealing a pot; death. Trying to end the world; eh, send him to a mental hospital.

As for the ending…it makes no sense whatsoever.

At the end of the first segment, Kida’s thinking to herself that the power of the crystals, now that the Heart of Atlantis has been raised, is what’s causing problems on land. Throughout the whole movie, this is only reinforced. After the Kraken problem came, the sand coyotes came soon after, and after that came the crazy person who thought he was Odin using the power of an Atlantean spear to end the world (Also, why are so many Atlantean artifacts being found now?) So what does she decide to do at the end of the movie?

Yeah….yeah, that’ll sure stop those supernatural occur–…..Wait, that’s what the writers were hoping for, wasn’t it? They wanted more problems on land so that Milo and the others could make the series out of solving them. Wow, that’s super awful.

And Kida, you really, honestly believe that the world will accept Atlantis with open arms and vice versa? It’s a nice sentiment, but just because a small group of crazy people embrace Atlantis doesn’t mean everyone will do so rightfully.

My final gripe with this movie is Kida and Milo. I thought they were cute in the original movie because they didn’t throw their budding relationship in your face like many other Disney couples. It was pretty subtle even with their great chemistry, and they didn’t even kiss at the end. Despite not kissing until the final scene, they’re constantly hugging and giving each other goo-goo eyes in this movie. It got to be a little annoying.

Art and Animation: Not on par with the original at all. The movie has been very TV-ized and some of the character designs look downright weird sometimes.

Voice Acting: Michael J. Fox does not reprise his role as Milo,  but most of the other VAs return. Milo’s new VA doesn’t do a good job of emulating MJF’s voice. They should’ve gotten that guy who did it in the Back to the Future Telltale games.

Music: Nothing stuck out to me, but I guess it was fine. Unlike many other Disney movies/sequels, Atlantis is not a musical. No one sings and there are no vocal songs. The only notable song from the first movie was ‘Where the Dream Takes You’ and that was an end credits song.

Bottom Line: This movie does not need to exist. It’s not boring, per se, especially if you are a fan of the first movie, but even as a fan I find the movie uninteresting, and I understand completely why this didn’t get picked up as a TV series. The movie itself feels too much like three TV series episodes and not a movie. None of the arcs are really interesting; it’s a movie that’s just kinda there. I can’t recommend this movie to anyone.

Recommended Audience: Unlike your other Disquel fare, this actually has two deaths and one injured animal, but none of it is particularly graphic. No sex, nudity, swearing and whatnot. This is Disney. 7+