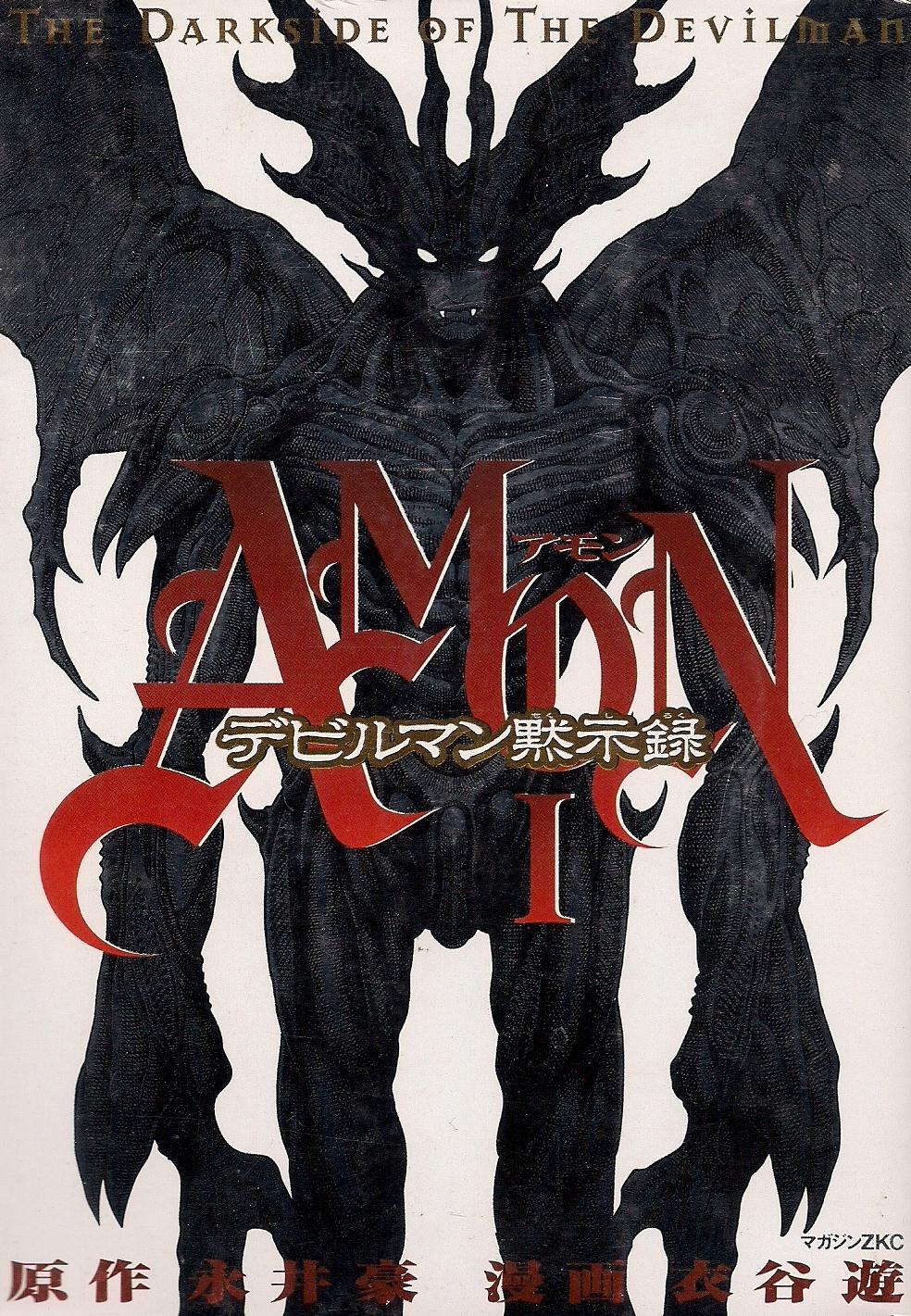 Plot: In an effort to combat demons that have been plaguing the world, Akira Fudou melded his body with the legendary Devilman, Amon. However, when Akira’s love, Miki, gets killed in the wake of the carnage, he loses his consciousness to Amon, allowing him to go on a rampage in search of a battle with Satan.

Breakdown: First and foremost, Amon is a retelling/reimagining of the last chapters of the Devilman manga from 1972. I have yet to read said manga and that was probably a mistake. Then again, this series is meant to stand on its own.

Next, since this is meant to be a reimagining of a manga’s ending, obviously there are going to be a lot of questions mostly in regards to what happened to lead to where we are now. What we know from volume one is that Akira Fudou is a man who tried to help combat demons on earth by merging himself with a powerful demon named Amon. However, his love, Miki, ended up getting killed somehow by the demons, causing his consciousness to sleep within his body leaving Amon to run amok.

As the world basically turns into a giant pile of melted goo due to the various demons of the world merging together with everything in the world, especially the people, Amon plows through everything in his path to find Satan for a battle.

Meanwhile, Akira’s close friends, Dosuroku, Meriken-jo and Miko band together along with a bunch of monks to save Akira. While Miko and Meriken-jo basically do nothing but watch the whole time, Dosuroku takes action that becomes a major turning point of the manga.

Dosuroku holds a great love and respect for Akira, whom he refers to as his brother, and in an effort to save his life he bravely merges his body with several of the most powerful devilmen in existence. While he was still no match for Amon, his powerful feelings and determination were able to reach Akira’s spirit deep within Amon for a second before Amon ended up killing him.

Amon eventually does have his battle with Satan, though it is horribly one-sided, and he does lose in the end. However, Satan returns Akira back to his regular form with a kiss.

As Satan and the other devilmen prepare for an epic battle, Akira wanders around a wasteland seemingly set back to as he was probably a little before the first chapter as he mourns Miki’s death and turns back into Amon again.

Bottomline: I did really like this volume, though I do plan on going back and reading Devilman before continuing on. Despite doing a pretty good job of allowing us to connect with the characters and get a decent grasp on the story without going back to read Devilman, it’s still somewhat confusing without doing your homework. I don’t really care about Miki as we never saw her alive and never saw her interact with Akira. I also don’t care much for Akira as we never see him or hear him say anything until the very end of the volume. We just know he’s a great guy by what his friends say about him.

Miko and Meriken-jo are basically background figures as they really don’t do anything over the course of the volume, but Miko’s odd demonic body is something intriguing. I’d like to know the story behind that.

The standout here is Dosuroku as I really don’t need to read anything else to understand his friendship with Akira. He’s a very passionate, brave and selfless person with a great heart. He really just shines here, especially for a supposed thug character. He kinda reminds me of Kuwabara only he doesn’t have as many annoying stupid/tough guy moments.

The art is gorgeously and grotesquely detailed with some really cool and really ughghguuggh moments.

I look forward to more of this manga, but like I said I’m going to go back and read Devilman to ensure I get the most of it.

Recommended Audience: This manga has about everything but sex. Lots of gore, some of it just really creepy especially in the scenes with the melted demon wave, full frontal nudity by both genders (I think, on Miko’s part anyway) and swearing. 16+