I’ve been nominated for a Sunshine Award! Otherwise known as an irony award because it’s been super cloudy and rainy all day.

I’m very honored and happy to be nominated for the Sunshine Award, and I like to thank Mangataku-kun for the nomination! ^_^

I had no clue what this was until I was nominated, but I see that it’s a cool chain for anime (and manga?) bloggers where people can spotlight some of their favorite blogs, spread some exposure (ooh lala) ask some questions and share some of our experiences and opinions with other fans. Sounds like fun. 🙂

1) Thank the person who nominated you.

2) Answer the questions given by the person who nominated you.

4) Write the same amount of questions for your nominees to answer.

6) Put the Sunshine Award badge (the above picture) on your blog post.

I can’t see anywhere in the rules where there’s a set number of people to nominate so here are some great bloggers that I nominate for the Sunshine Award!

Fujinsei A ton of really interesting and well written blog posts about anime, manga, and basically ever facet of Japanese culture.

Mocorochi  Great blog with a great writing style, Mocorochi focuses on anime, games, manga and dramas. On a bit of a hiatus right now, but I still wanted to include this one, plus the blog will supposedly be back up and running very soon. ^_^

Standing on My Neck Like this blog’s namesake, and points for the Daria reference from the getgo, this blog tells it like it is and pulls no punches when reviewing any anime.

Moe Sucks  Really well-formatted, organized, detailed and funny reviews on anime done on an episode by episode basis. I got hooked on their Ore Monogatari!! reviews.

Anime World  Insightful and well-written reviews and discussions on anime.

1: When Did You Start Blogging?

Technically, I’ve had a blog for over seven or eight years on a general discussion forum (That was created from an indie Pokemon game website) that I moderate, but I’ve only been properly blogging with a legit blog for a little over a year. In regards to reviewing, I’ve also been doing that since 2008 on the same forum I mentioned, though I didn’t start doing it very regularly until a few years ago, and I enjoyed it so much that I made a WordPress blog about them. 🙂

I don’t really get a chance very often to check out the latest anime since the way I select things to watch is typically pretty random and spans all sorts of genres and release dates. I really only go out of my way for that if it’s something related to a show I know and love or if one of my friends strongly suggests it. While it’s not coming out in summer, I am really excited to watch the new Digimon movies. 😀 And I hope Working!! Season 3 is great.

3: Can You Suggest Me More Anime, Otaku, Japanese Blogs to Follow?

Outside of my nominations, here are some other great anime, manga, all-things-Japan blogs for ya!

IntrovertJapan: For any and all things Japanese. They also have cool book giveaways on occasion, if you’d be interested.

Otaku Lounge:  I really love the way this blog is set up. There are plenty of thorough and interesting reviews as well as articles on various aspects of anime.

IlostMyHeartInJapan:  A blog made with a lot of heart (hehe, puns) about all sorts of great aspects of Japanese culture.

Denny Sinnoh: Cool guy with a bunch of stuff on Japanese culture on his blog. 🙂

Sequential Ink:  If you like manga, you belong here.

Otakuness Anime Reviews: In-depth and interesting anime reviews going episode by episode most of the time.

TheAnimeMan: Tons of reviews on anime, top lists and some stuff on Japanese culture.

Beneath the Tangles: An interesting look at anime through a Christian analytic eye. No matter if you’re religious or not, they have some very interesting articles.

IcySquirrel:  I love the tone of this blog. It’s just a lot of fun. Lots of quick and insightful impressions and full reviews on anime.

If you’d like to discover more, I tend to find mine either through the follow lists of bloggers I’m following or using the tags “anime” and “manga” on the WordPress reader. 🙂

4: Are There Any Anime You Can Suggest to Me?

I’m not sure of your tastes in that regard, but here are some off the top of my head, in handy-dandy alphabetical order. ~~So fancy~~

07 Ghost: Love this series, and it still makes me cry. Lovely soundtrack, great art and characters and decent story. However, the anime does end on basically a cliffhanger with no second season in sight, fair warning.

3000 Leagues in Search of Mother: A bit of a long one and pretty old, but this is still a very heartbreaking and fantastic story.

Baccano!: Absolutely adore this series. Tons of fun, very interesting method of storytelling, and incredibly memorable characters. Be warned of violence and gore, though.

Cowboy Bebop: Contractual obligation as an anime fan to suggest to everyone. Though it is and will always be awesome.

Ef Series: Both Memories and Melodies. Beautifully made, great characters and music, some really heavy storylines. I’d suggest Melodies over Memories, though.

Hell Girl: For lovers of ‘horror’ anthologies and sending bad people to hell.

FLCL: A quick burst of insane fun in every bite.

Fruits Basket: Classic, will never stop loving this series. Though, like 07 Ghost, it does end with no real resolution of the main issue of the series, and they leave off without introducing two characters of the zodiac.

Haibane Renmei: Relaxing and intriguing, I’d love to see more of this series.

Paranoia Agent: Confusing sometimes, but a great ride and a fantastic psychological thriller.

Trigun: Another classic and contractual obligation. Love and PEACE! 😀

Yu Yu Hakusho: I believe this to be one of the best Shounen fighting anime ever made and probably my favorite one.

5: Do You Have Any Other Hobbies Besides Consuming Anime/manga/LN/VN/or Basically Aside from Japanese Visual Goods?

I love drawing, and I’ve been doing it as long as I can remember. Wrist problems kinda restrict me lately, and I had a big slump the past couple of years, but I am working to get back into it. Outside of that, I love learning about animals and playing with my dog, Skye. I also love playing video games with RPGs and horror games being my favorite genres, and I love listening to all different kinds of music.

6: What Part of Japan Do You Love Most?

I’ve never had the pleasure of going to Japan, but I love the temples, national parks/natural spots in general and historic sites. While I’d love to see it at least once, I can’t imagine enjoying Tokyo or the big cities too much. I’m too much of a small town bumpkin. 😛

7: Are You a Certified Otaku?

I’m practicing without a license. *rebel*

Sadly, I also haven’t been able to try much Japanese food in my life. However, I do hear they have some awesome candy. :3

9: What are Your Strategies in Surviving School?

Don’t take your school days for granted. They may be tough in regards to schoolwork, but they can also be some great times that you may not ever get again. Appreciate your good teachers; they do a lot to ensure that you succeed and finding teachers that care is a wonderful thing. Be organized with your schoolwork, especially homework. It’ll save you someday, trust me. Finally, play kickball. Because kickball’s awesome yet no one ever seems to want to play outside of school.

10: Did Someone Introduce You to Anime?

Yes, actually. One of my best friends at the time, Monica, introduced me to Pokemon, Sailor Moon and Digimon in that order. To be fair, I first heard of Pokemon through some student at my school one day as he was playing Pokemon Red, which is the same version I bought shortly afterward, but Monica told me about the anime series. She also was the first person to introduce me to manga, which was, not surprisingly, more Sailor Moon. I also remember us labeling ourselves as certain Sailor Scouts when she said which ones reminded her of me and my other best friend, Beth. She said I reminded her or Sailor Venus and Beth reminded her of Sailor Mercury. After I got into the series, Sailor Venus did indeed become my favorite. 🙂

Questions for my Nominees:

1: What first drew you into the anime fandom?

2: What’s one anime that sticks close to your heart?

3: Has an anime ever made you cry? If so, which one and why? (Mark spoilers!)

5: What’s your most hated/disliked anime?

6: A character that nearly ruined an anime that you like?

7: What’s your favorite type of show to discuss on your blog?

8: Are you a fan of Japanese music?

9: Have you every been to Japan or plan to go?

10: What anime show or movie would you pick to show to someone who has never been exposed to anything anime in order to show them how cool it can be?

Thanks again to Mangataku-kun for the nomination, and happy blogging everyone!

11 thoughts on “The Sunshine Award” 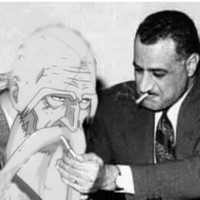 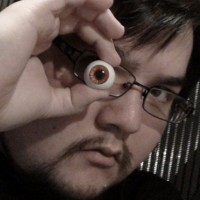 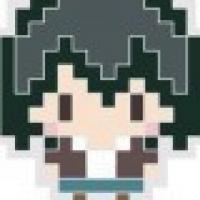 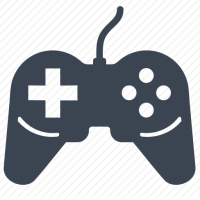